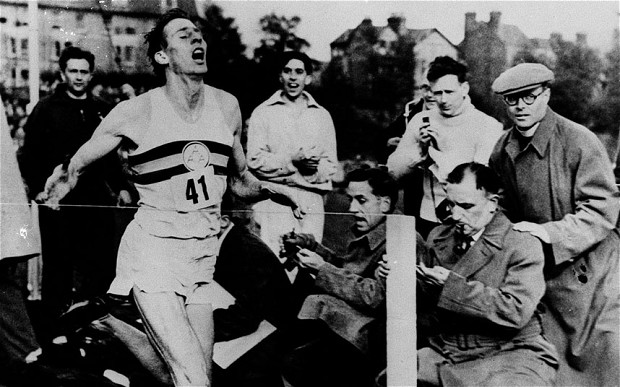 The greatest achievers in life are people who set goals for themselves and then work hard to reach them. What they get by reaching the goals is not nearly as important as what they become by reaching them.

On May 6 1954, at Iffley Road track in Oxford, Roger Bannister became the first man in recorded history to run a mile in under four minutes. Bannister, who had read medicine at Oxford, went on to become a distinguished doctor and neurologist once his amateur athletic career had ended. Now 85, he still receives letters telling him how he inspired a generation.  —The Telegraph, March 30, 2014

When you help people set goals, use the following guidelines:

Always keep in mind the job you want the people to do and the desired result: the development of your people into effective leaders. Identifying goals that will contribute to that larger goal.

Ian McGregor, former AMAX Corporation Chairman of the Board, said, “I work on the same principle as people who train horses. You start with low fences, easily achieve the goals, and work up.”

Your potential leaders will never know when they have achieved their goals if they aren’t measurable. When they are measurable, the knowledge that they have been obtained will give them a sense of accomplishment.

When goals have no clear focus, neither will the actions of the people trying to achieve them.

Make the goals require a “stretch”.

As I mentioned before, goals have to be achievable. On the other hand, when goals don’t require a stretch, the people achieving them won’t grow.

Put the goals in writing.

When people write down their goals, it makes them more accountable for those goals.

It is also important to encourage your potential leaders to review their goals and progress.

Ben Franklin set aside time every day to review two questions. In the morning he asked himself, “What good shall I do today?” In the evening he asked, “What good have I done today?”

Help someone on your team to set goals today.